Good health and nicely shaped body is something that we are constantly trying to achieve as a goal, some more that the others, and X-Fitness magazine is trying to help its readers in achieving those goals. I’ve been active in fitness industry for more than a decade and many of my photos are still being published in some of the leading sports magazines and used on the Internet, but somehow I still very much enjoy when I see them on the cover of X-Fitness magazine. 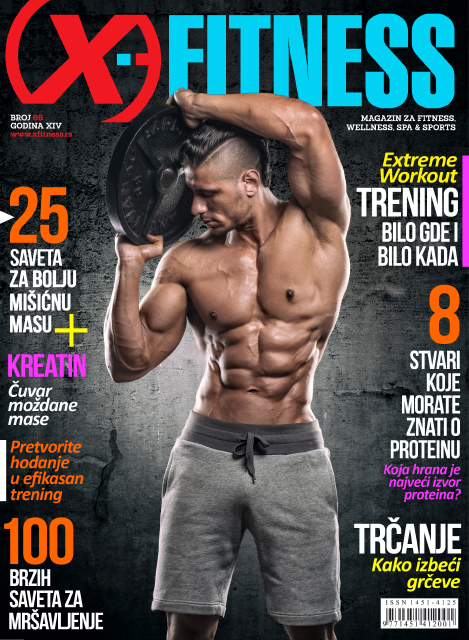 The thoughts of a nice body and health in general back in 2002 resulted in the development of a new brand called X-FITNESS magazine. Magazine was established as well as the collaboration with the fitness models and as time went on, the project became more serious, and the same photos began to be published in almost all the popular magazines around the world that had anything to do with fitness, and so on until the time when the magazine was installed on the right place on the pedestal of European fitness industry, where he remained until the present day. Over the last decade, publishing and marketing have left behind 61 printed edition of this sport magazine that is certainly worth having in your home collection as rich professional articles on healthy lifestyle through proper nutrition and physical activity that you can always look back.
The magazine as his biggest focus, in addition to the great texts, had the unusual quality of photography, and large number of front pages of this magazine are my photos that illustrate the fitness and bodybuilding world population in the best way.
The latest online magazine can be found and read online at the X-Fitness magazine official website.