When you are doing what you love most in life, it means that you are not working at all, but just enjoying every moment, especially when it is underwater in Belize and Mexico. 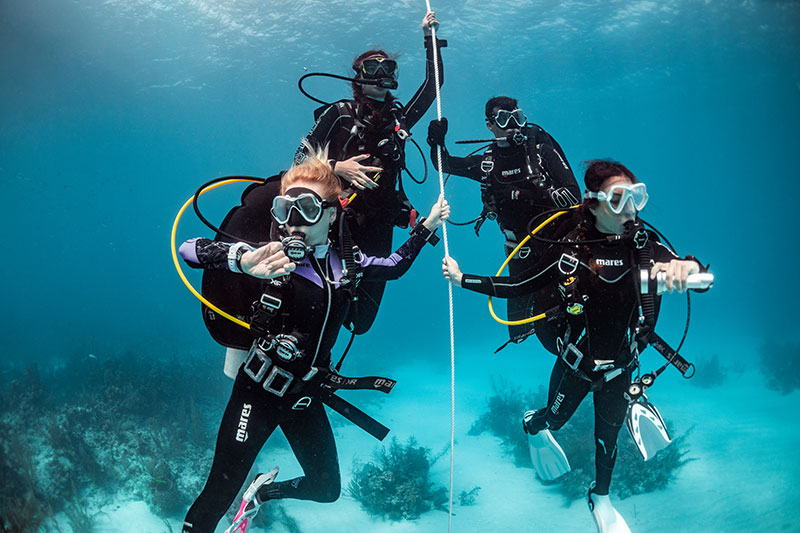 It was an immense pleasure to be part of one of the biggest Mares projects during which we had to create photo materials for advertising for the year 2023 with all new items, equipment and related products, and to show everything in a completely different way and from my perspective. 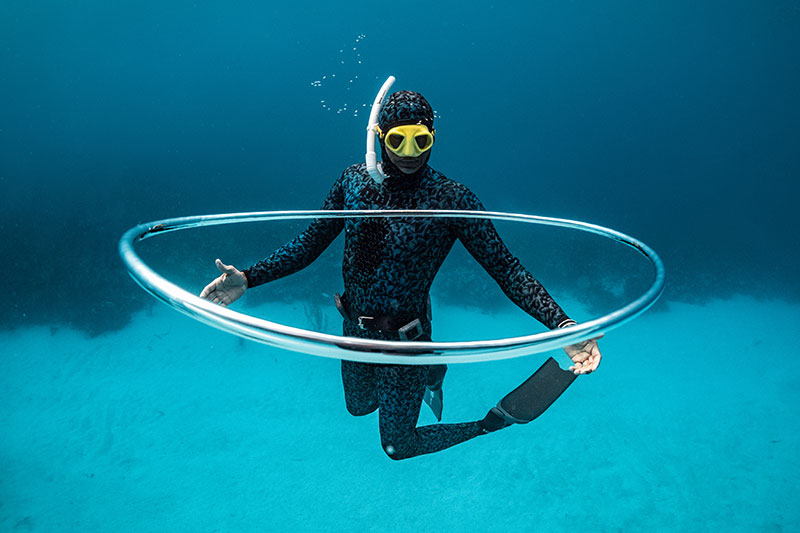 We have planned this trip for a long time, and I prepared so much for this project and made a plan in advance so that it would be much easier for me on the spot to fulfil everything I imagined. All of this would be impossible without the huge support of the Mares team and all the people who participated in this advertising shoot. I especially enjoyed working and sharing my ideas with Duško Runjajić, one of the main people at Mares, whose support was invaluable, and therefore transferring ideas into practice was much easier. 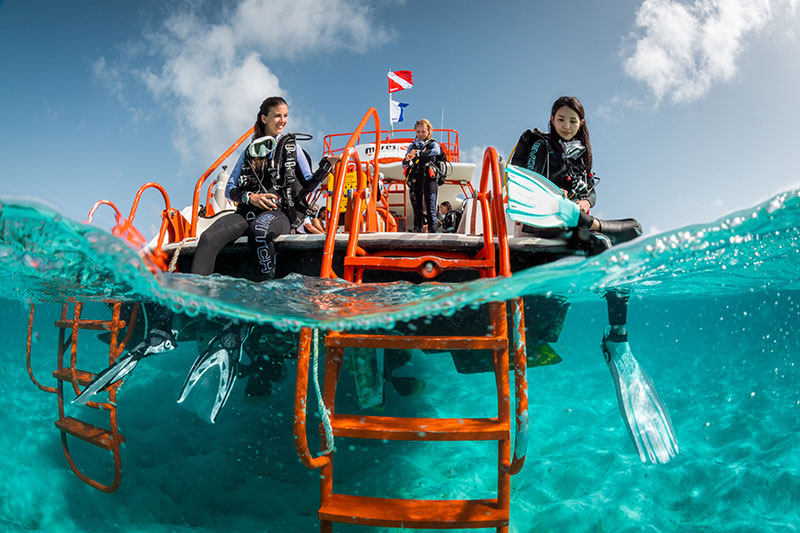 We all arrived in Belize from different parts of the world on February 11, 2022. Belize is a Caribbean country on the northeastern coast of Central America. It is bordered by Mexico to the north, the Caribbean Sea to the east, and Guatemala to the west and south. 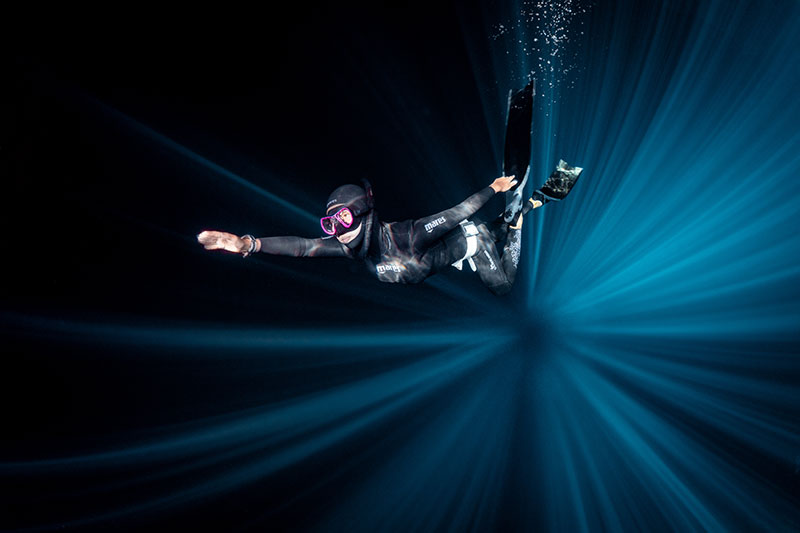 From the wonderful team of people, real professionals in diving, and at the same time in modelling, it was immediately known that the shooting would go smoothly and as it should. 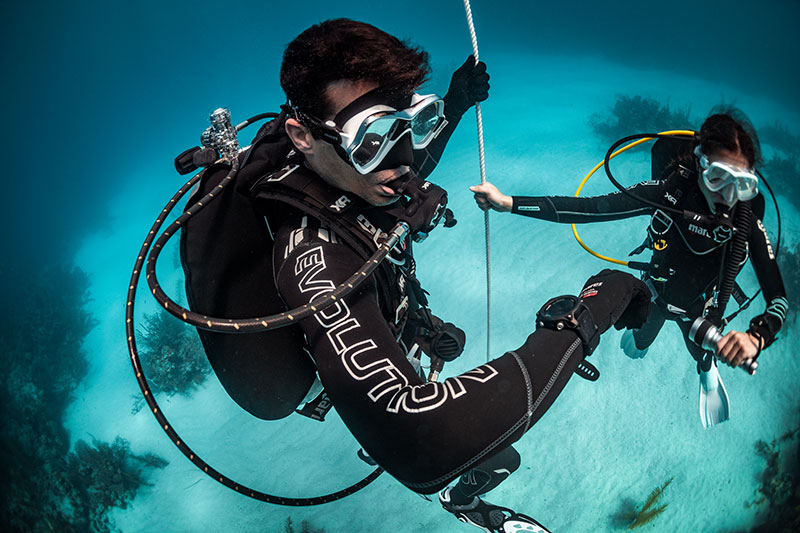 The next day we went into action preparing new equipment and all the details for the photo shoot. Belize is a beautiful country with emerald blue water and a beautiful coast full of vegetation, so such natural scenery made the whole process even easier for us. The only thing we couldn’t influence was the weather conditions, which didn’t go our way for the first few days, so there was no diving, but that’s why we used that time to photograph some other activities within the diving center – “Elite Adventures Belize” and around it. We had a lot of challenges that we had to overcome in order to fulfil the entire set plan. 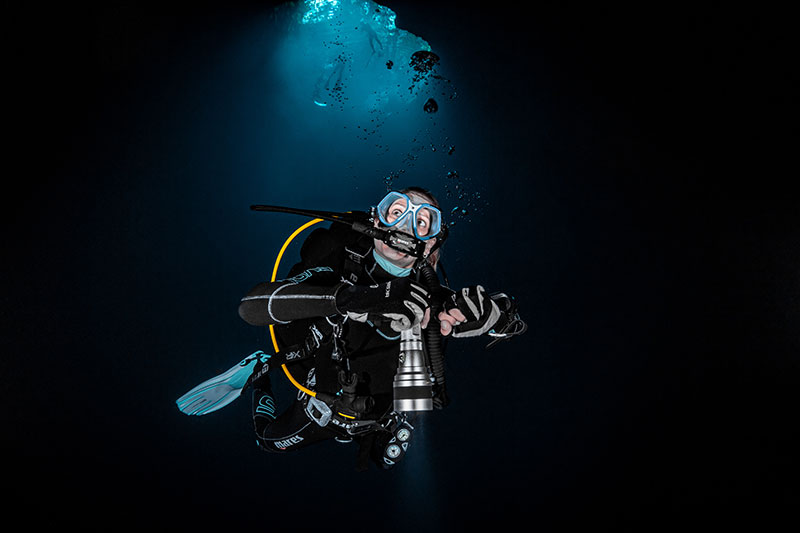 But the charm of life is also in the fact that you encounter obstacles, the solution of which only strengthens you and encourages some new ideas. Indeed, all temptations were much easier to resolve when we were all always in a good mood for order, work and discipline. I am especially grateful to Duško for that good team spirit… 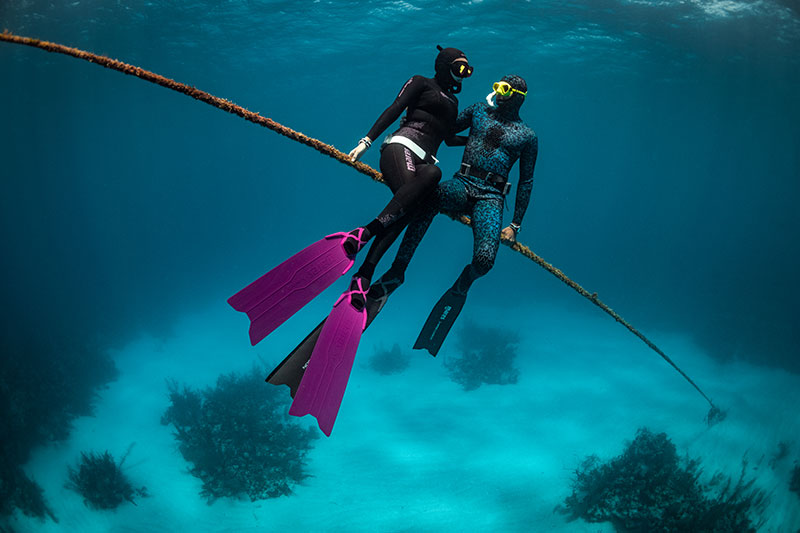 The days during which we photographed underwater were unforgettable because of the whole environment and the emerald blue water, which was really the most important segment of this project. At the end of the day, the photos speak for themselves because I tried to capture every perfect moment to last forever and not just advertise a product, but a whole story that takes you through Mares equipment, so you just want to dive in as soon as possible. After 10 days spent in tropical Belize, it was time to move to Mexico, where the plan was to photograph freediving in one of the most beautiful locations in the world,  cenotes which is a natural pit or sinkhole, resulting from the collapse of limestone bedrock that exposes groundwater. The regional term is specifically associated with the Yucatán Peninsula of Mexico, where cenotes were commonly used for water supplies by the ancient Maya. 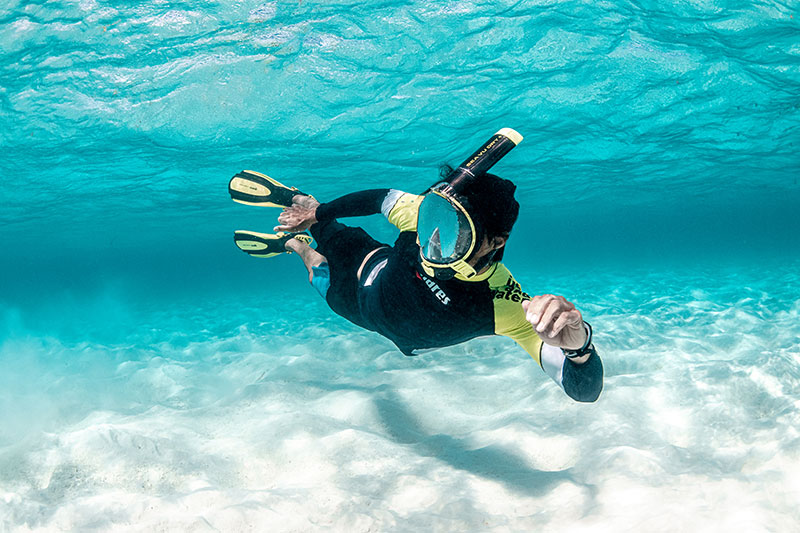 Before this, I’ve been to cenotes several times and I’m always amazed by this unreal environment, which when you dive into it, you think you’re in a dream or in a movie like Avatar. 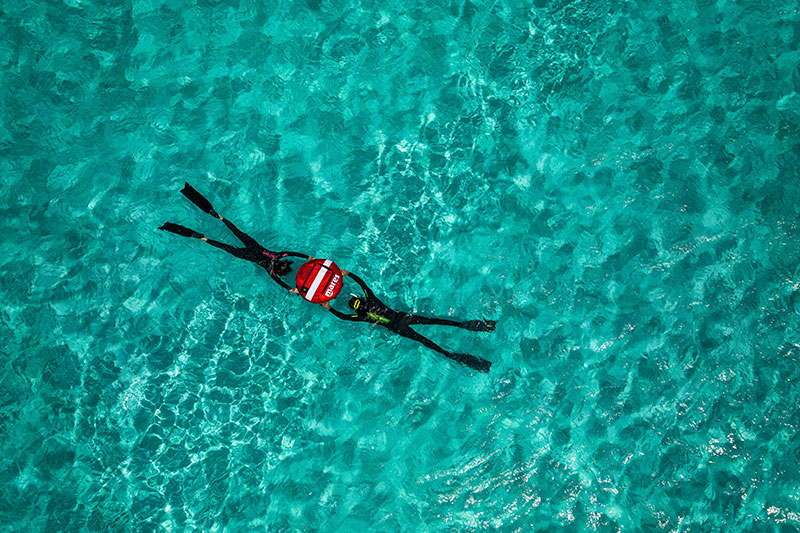 In such an environment, it is not easy to take perfect photos if you are not already deep in the matter because of the various factors that await you when you get there. We had a super guide without whom you can’t even pass the cenotes, so that added to the enjoyment of taking photos during which I didn’t have to deal with any accompanying details, but just surrendered to the pleasure of diving and taking photos. So, we spent three days in Tulum during which we visited several magical cenotes and made spectacular materials. Then it was time to say goodbye to the super team, with whom it was a pleasure to work for two weeks. 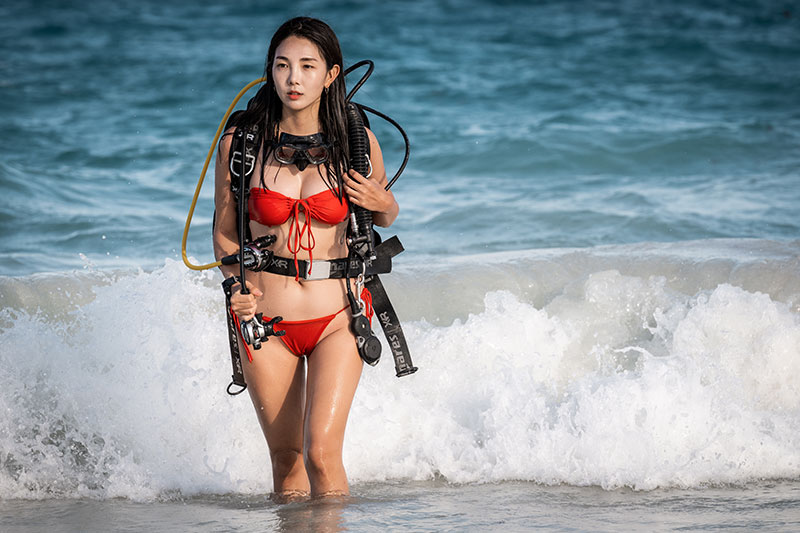 After projects like this, you realize that it’s a privilege to do what you love most, in locations that are unique and with people you get along with even underwater. That’s why this was a trip of a lifetime, which is already an inspiration for a new Mares photoshooting adventure!