Photoshooting for the Highlander „Hiking Eevent of the Year“ – Velebit / Croatia

Adventure of a life time in Croatia made 650 new HIGHLANDERS and introduced HIGHLANDER ADVENTURE to the whole world. For the fourth year in a row, I am returning to “HIGHLANDER” and the magical mountain Velebit. As the Head of photographers for all HIGHLANDER events, I have the special honour of being in completely amazing places and capturing it all with my camera. The biggest challenge for events that are repeated in the same places is to take different photos than previous years, so this is by far the biggest photographic challenge I have in front of me. The weather conditions largely determine what kind of photos we will end up getting. Spectacular nature and some completely wild places create an amazing background for “ADVENTURE OF A LIFE TIME”. 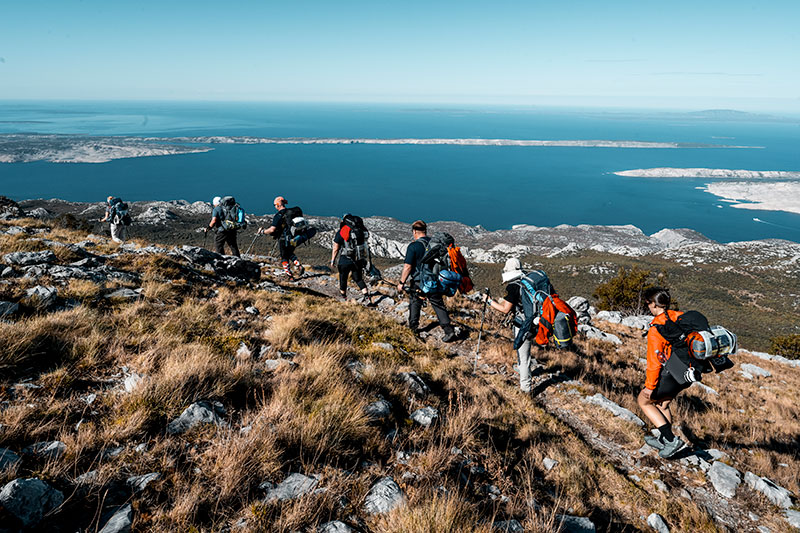 Just as expected, HIGHLANDER Velebit gathered more than 650 participants this year, whose expectations of the adventure of a lifetime were far exceeded. Namely, from August 20 to 25, Velebit hosted participants from 13 countries of the world for the sixth year in a row who dared to experience something new or repeat what they had already experienced. Mountaineers from Croatia, Slovenia, the Czech Republic, Poland, Serbia, Germany, France, Colombia, Great Britain, Austria, Bosnia and Herzegovina, Ireland and Hungary relaxed into another mountain adventure in good spirits. And as the number of participants increases from year to year, the atmosphere and the final experience change as well, and even those participants who have been participating in this hiking event for several years agree that the experience is never the same. 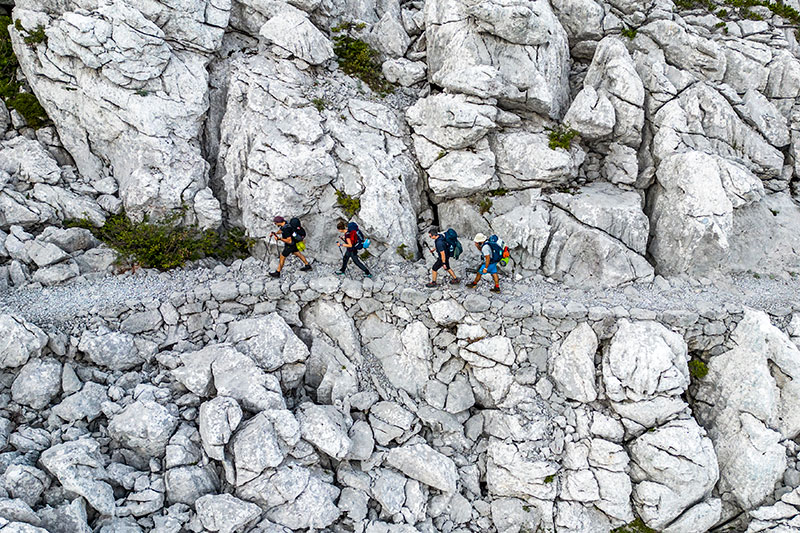 HIGHLANDER is a mountaineering event that promotes a healthy, sporty lifestyle, active vacation, digital detox, but also respect for nature, which offers us natural beauty and immeasurable benefits. That’s why, as a sign of gratitude for everything that it gives us, the participants of HIGHLANDER follow the Leave No Trace and Erase The trace philosophy, taking care of nature where the participants are instructed not to leave anything behind in nature, but also to pick up the trash they find way and to think about the legacy they leave for generations to come. 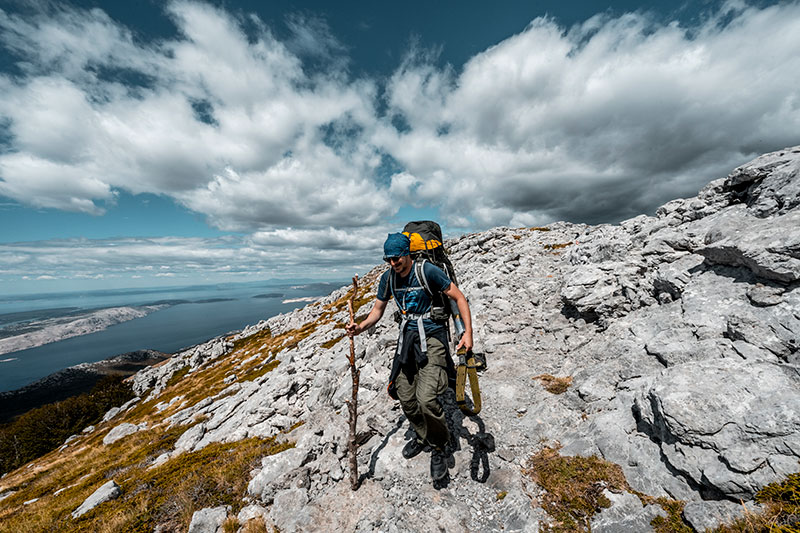 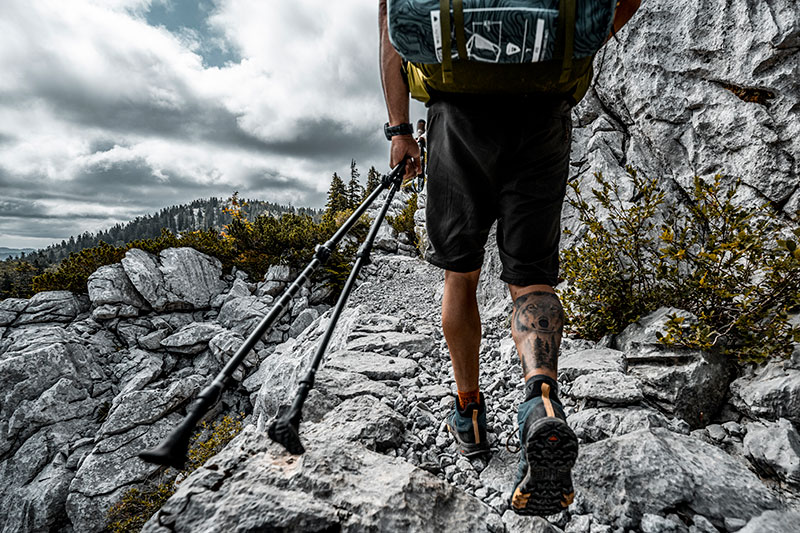 This year, the participants had the option of choosing a longer or shorter route, as HIGHLANDER offers trail lengths of 104 km (5 days, HIGHLANDER), 48 km (3 days, HIGHLANDER 55) and 31 km (30 hours, HIGHLANDER EXPERIENCE). The start of the race was the Zavižan mountain peak in the Northern Velebit National Park, from where the participants set off through the Premužić path, which offered stunning natural scenery, and the path continued in the immediate vicinity of Hajdučki and Rožanski kuk and passed through numerous pastures and forests. Those participants who chose the longest route finished it after five days in Starigrad, and during the event they had the opportunity to rest at checkpoints. 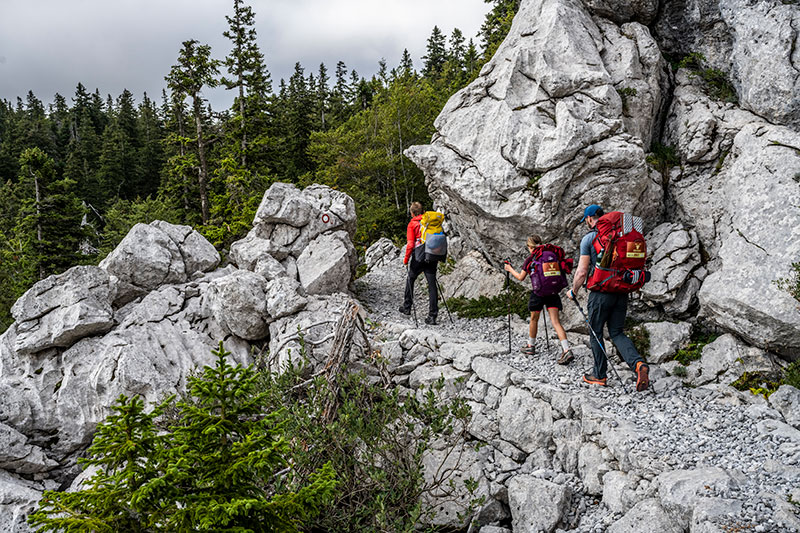 An educational and entertainment program, massage, yoga, didgeridoo, handpan and guitar music awaited them, while at the HIGHLANDER finish line, for the third year in a row, the participants were enchanted by the musical duo ACOUSTICA. HV members held a lecture on mountain safety, Robert Pfarrer taught the participants about orientation and navigation, and Den Error talked about his adventures in conquering 5 of the 7 highest peaks in the world: Aconcagua, Kilimanjaro, Elbrus, Denali and Mount Everest. 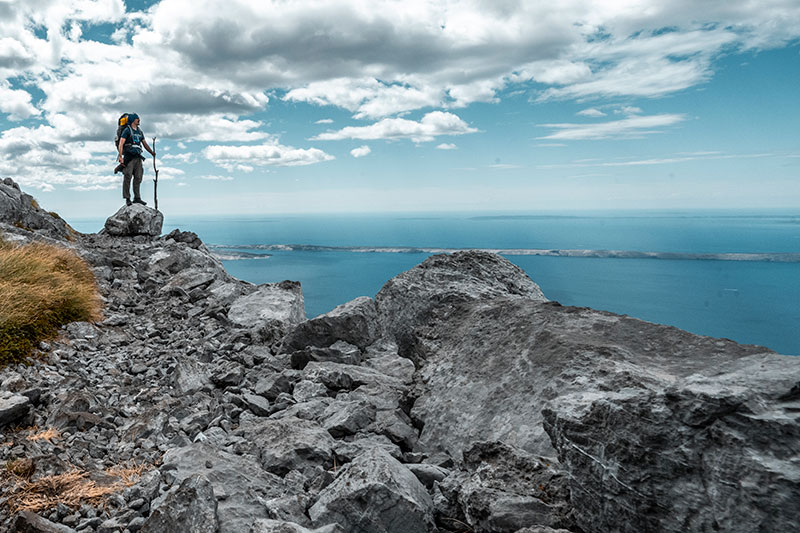 Although this year’s event was in August, when the conditions on the mountain are particularly harsh in terms of temperature, HIGHLANDER was accompanied by good weather, pleasant and not excessively high temperatures, while on some sections of the route the participants were caught by rain as an additional refreshment. This year too, hikers on the route had the opportunity to see numerous animals, among which the sociable bull stood out the most. The 900-kilogram mountain dweller socialised with all the participants at the Skorpovac checkpoint and spent several days with them there. 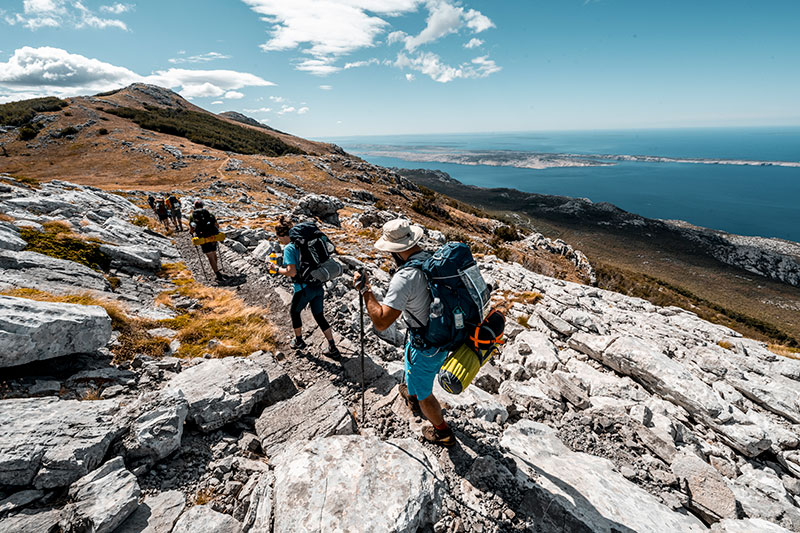 HIGHLANDER has spread from Velebit to 17 countries of the world with the tendency of further expansion, and hiking as an activity is becoming more and more attractive not only to those who love adventures, but also to those who want to get away from everyday life. In addition, it also brings commendable promotion to the country where the event takes place.