If I had to describe in a few words what it was like to photograph the Red Bull Show Run in Bucharest, then those words would be: epic, outstanding, incredible and absolutely crazy. Such events always carry with them a special spirit of spectacularity that always depends on the country where it is held, in most cases super attractive locations and people who of course create the whole atmosphere. In Bucharest, all these conditions were met and we enjoyed ourselves to the max! 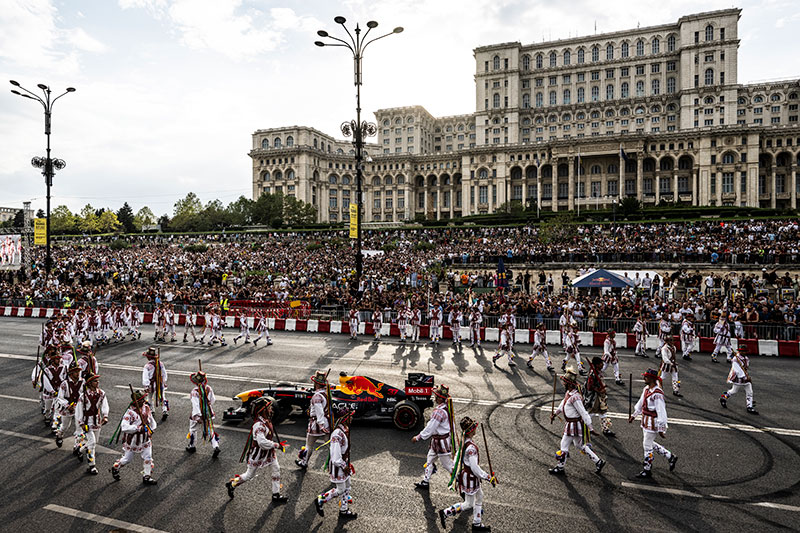 The RB7 single-seater arrived, for the first time, in Bucharest 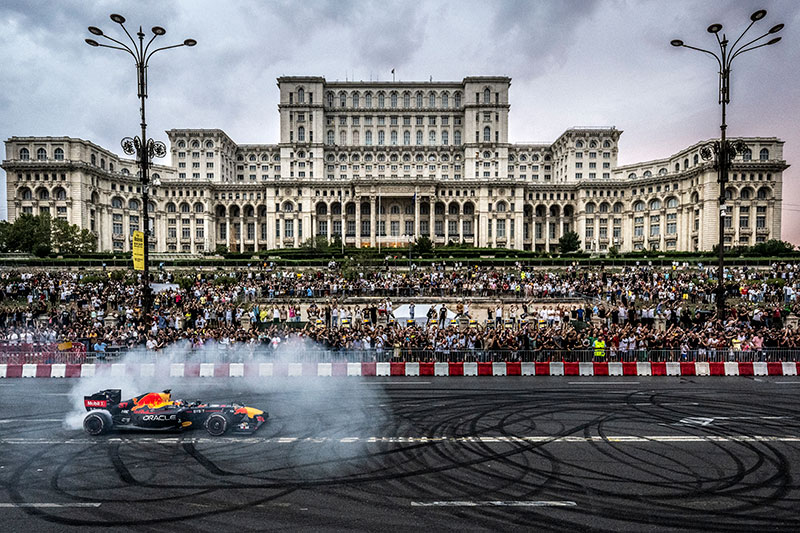 Patrick Friesacher performed. The 2.4-liter V8 engine and over 750 hp sounded insane, and the atmosphere in the stands was as effervescent as a Formula 1 race. The smell of asphalt and hot rubber was the perfect spice for motor sports enthusiasts. 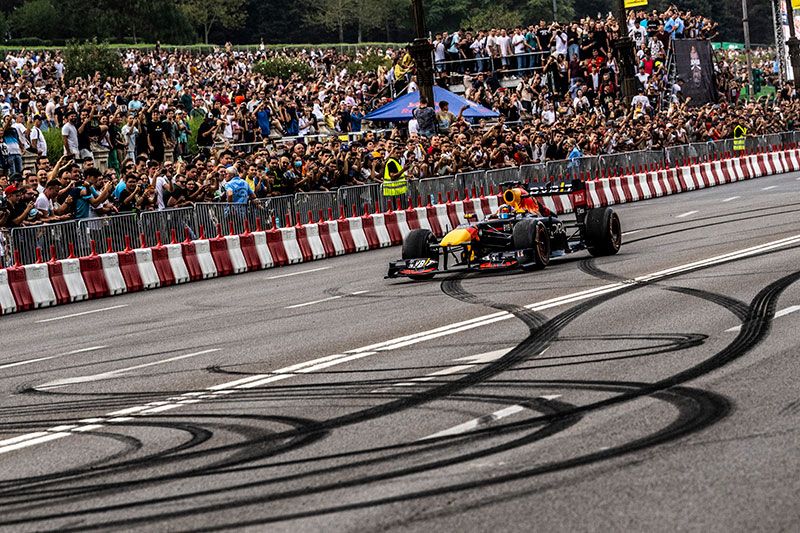 “It was a huge success. From the moment we arrived, we were warmly welcomed, and the location was truly extraordinary. The energy I felt was indescribable. It was something very special. I’ve been to extraordinary places in the world so far , and this one was truly unique,” said Patrick Friesacher at the end of the show. 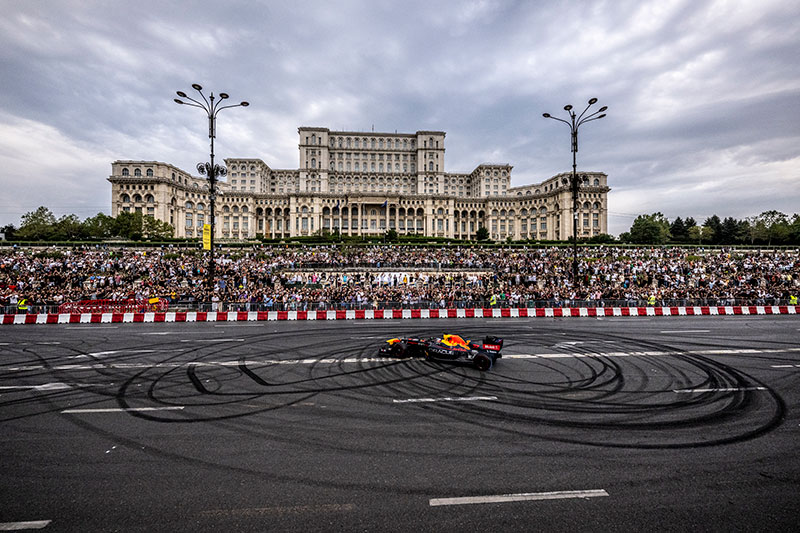 The track on which the RB7 single-seater ran was 900 meters long and included two areas specially set up for “doughnuts”. As an idea, the start-finish line at Monza, where Max Verstappen won at the weekend, is 1,120 meters. 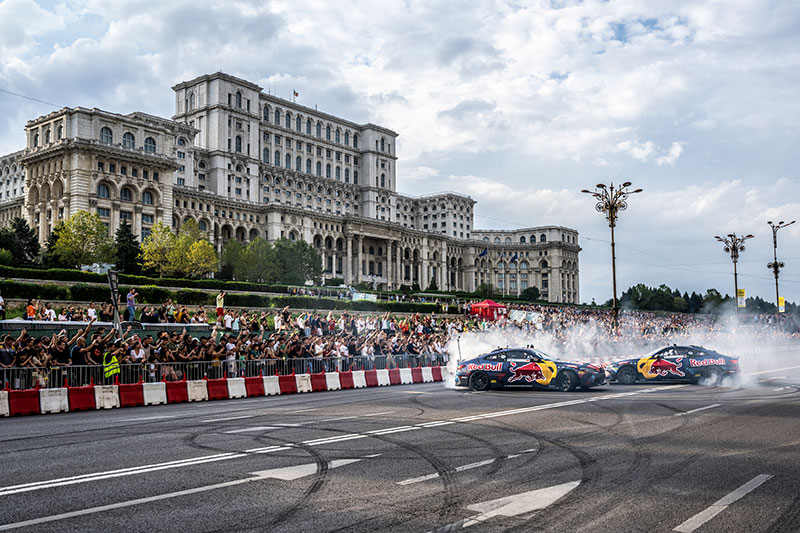 Side by side with the Red Bull Driftbrothers

Red Bull Driftbrothers came to Bucharest, behind the wheel of two beasts, to leave traces on the asphalt, raise smoke in the air and destroy tires. Elias and Joe Hountondji know how to put on a show, and they have what: two BMW M4 Competition models, with over 1,000 hp each. Attention, this show was made by two professional pilots, who train every day for this. So there is no point in trying this at home with your personal car. 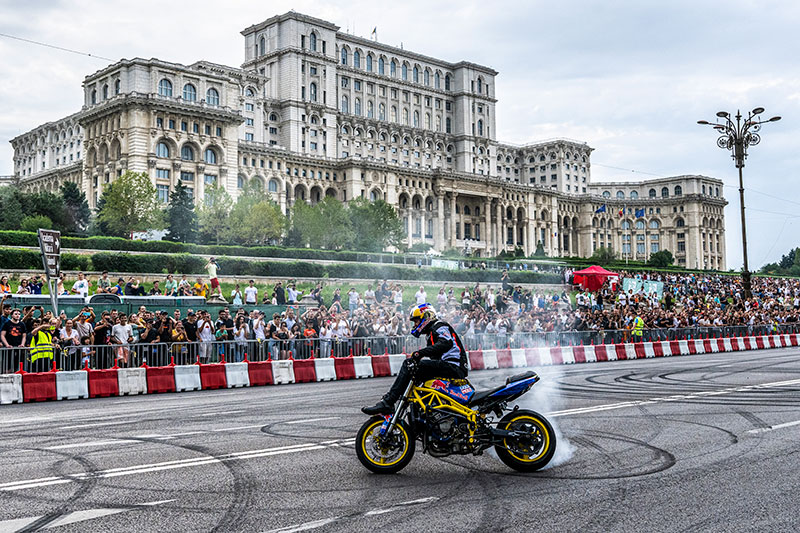 Aras performed at the Red Bull Racing Show Run on a custom-built Kawasaki Ninja 636 motorcycle. The Lithuanian is a double European stunt riding champion and holds the world record for the longest wheelie on a motorcycle without touching the handlebars with his hands: 580 meters! 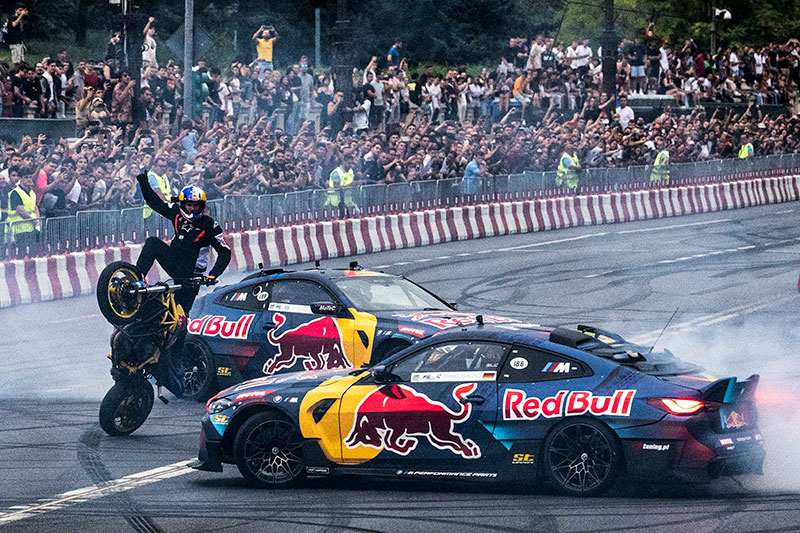 Patrick Friesacher with the single-seater Oracle Red Bull Racing RB7, Elias and Johannes Hountondji, aka Red Bull Driftbrothers, with two BMW M4 Competition models, and Arūnas Gibieža on the Kawasaki Ninja 636 at the same time on the track in front of the Palace of Parliament. It was a demonstration made for the first time at the Red Bull Racing Show Run Bucharest and about 3,000 horsepower were gathered on the track. And if you missed it, you only had to lose. 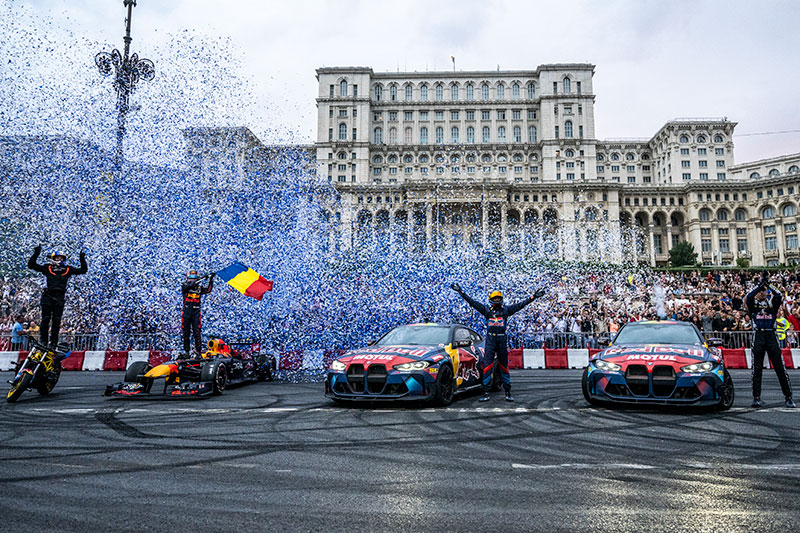