Red Bull Racing in the clouds of Transylvania – Transalpina / Romania

Do I need to say what an honor it is to spend 3 days with the Red Bull Racing team in Transylvania, the land of Dracula. This photography project has definitely become one of my favorites and is certainly one of those projects that remains to be remembered.

The highest mountain road of the Carpathians really justified all its well-known beauty and, together with the F1 car, allowed us to take photos that will tell this unique story for a long time. 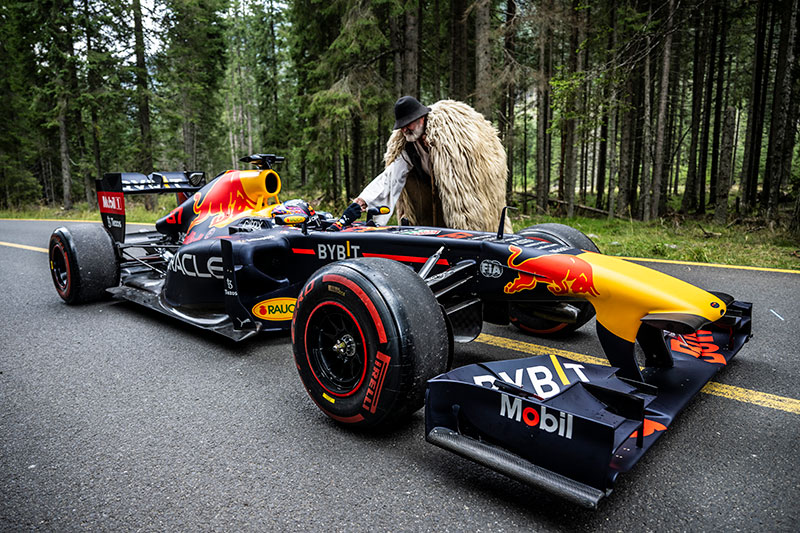 Patrick Friesacher explored the highest road in Romania behind the wheel of the RB7 single-seater while going through some local challenges.
The drivers of Oracle Red Bull Racing have made a series of memorable trips over time, in the most beautiful corners of the world. They crossed America from one end to the other, reached from Europe to Asia crossing the Bosphorus Bridge in Istanbul and toured the most beautiful castles in the Czech Republic and Slovakia. 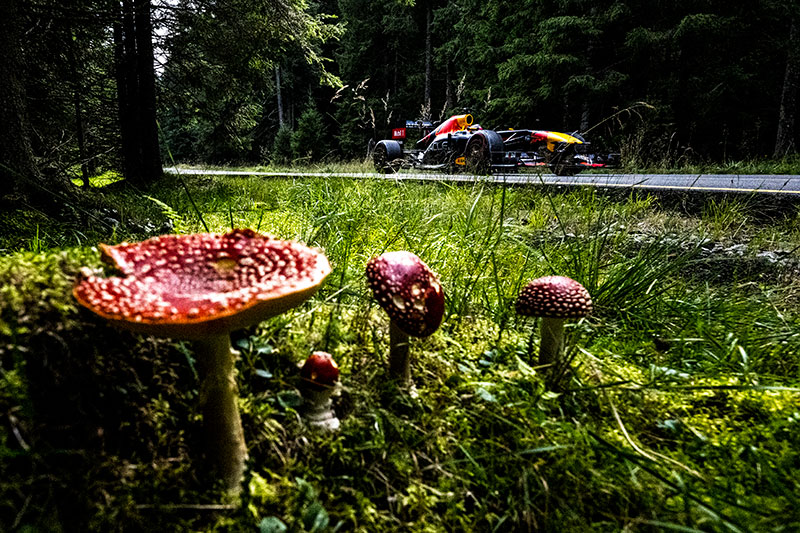 In 2022, the year in which the Oracle Red Bull Racing team secured the world titles in Formula 1, for drivers with Max Verstappen and for constructors, Patrick Friesacher took a road trip to Romania to discover the Transalpina, the road at its greatest altitude this beautiful country. 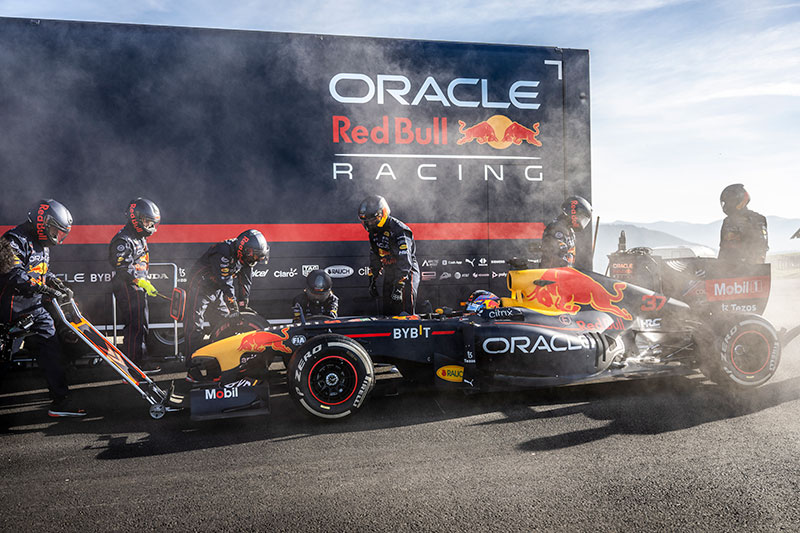 The Transalpina reaches, in Pasul Urdele, at 2,145 meters, almost at the same height as the Mexican Formula 1 Grand Prix (2,285 meters), the race on the calendar held at the highest altitude. 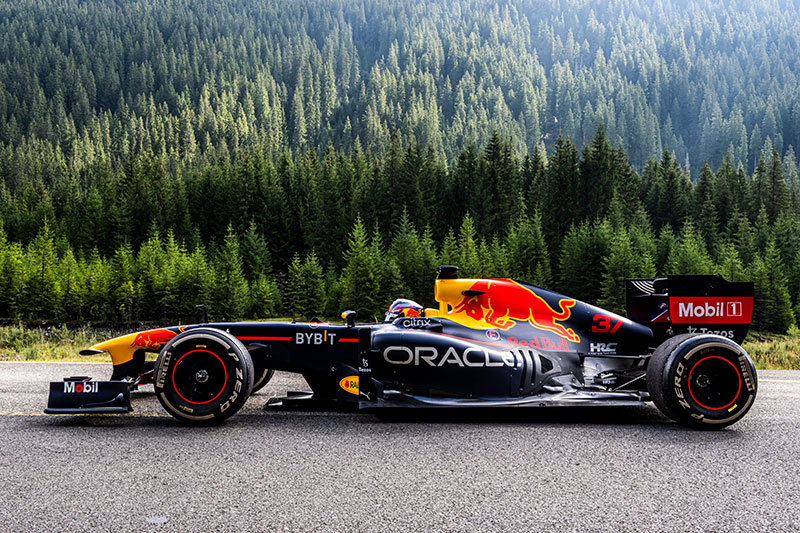 Patrick Friesacher, Red Bull’s first junior academy driver and ex-Formula 1 driver, had an epic, challenging adventure on the Transalpina.
“Having the opportunity to drive a Formula 1 single-seater on the Transalpina was something really special. I love discovering spectacular roads and the Transalpina was definitely a unique experience for me. All those turns one after the other, the landscapes of dream, the challenges encountered along the way… it was like a dream come true,” says Patrick Friesacher. 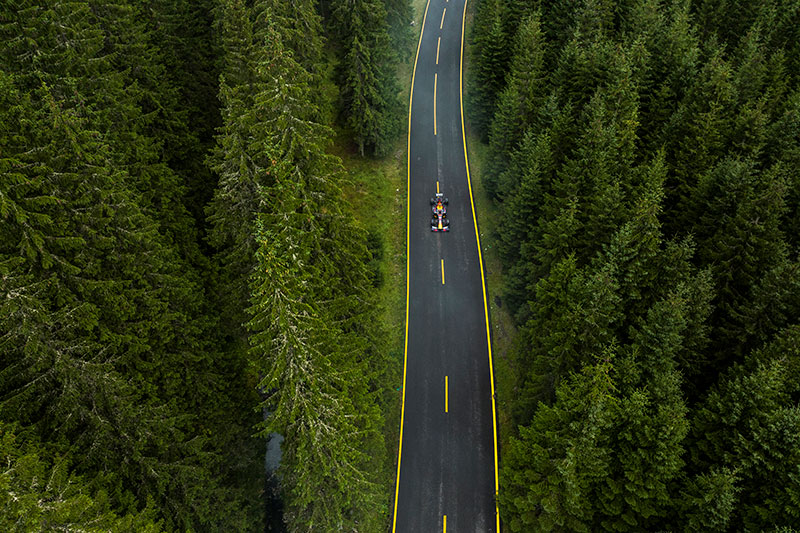 On his way to Bucharest, Patrick had spectacular turns, complete with a fairytale landscape on one of the most beautiful roads in the world. But also challenges to match. 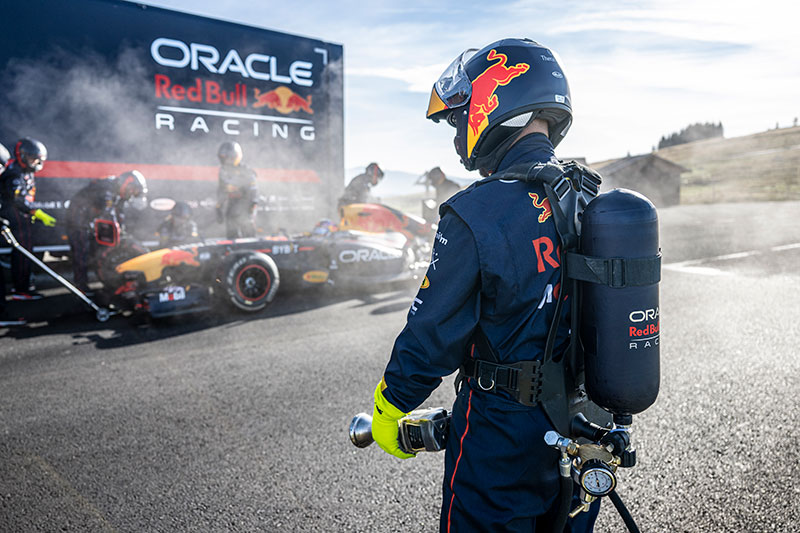 The meeting with the vampire ended without consequences, but probably only because it was during the day, and the tuft of Vasilica’s still brings Patrick good luck, especially since racing drivers are known to be extremely superstitious. 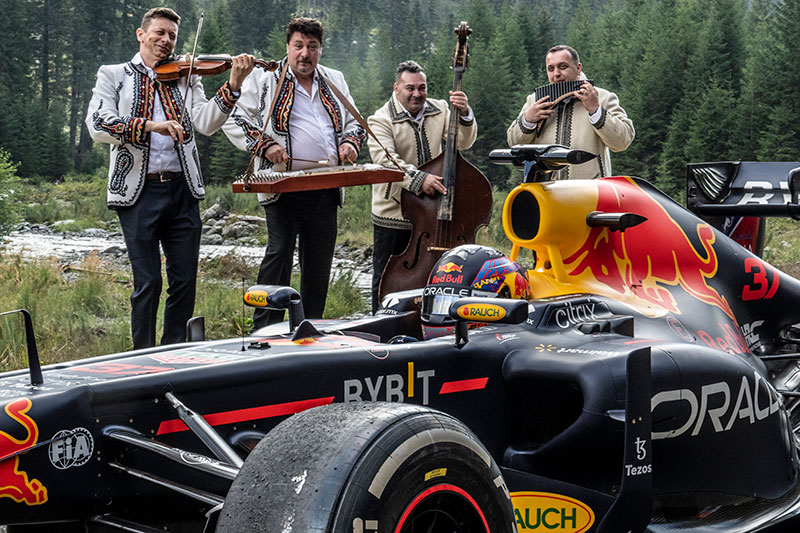 After another series of tight turns, Patrick ended up in the middle of a wedding. The Oracle Red Bull Racing pilot also got caught in the chorus, and the wedding gift for the bride and groom was a series of “circles” made on the road with a width of only 8.5 meters. On the last section of the Transalpina, Patrick competed with Toma Coconea, who has already started his paragliding training for the 2023 edition of the Red Bull X-Alps, the most difficult adventure race in the world. 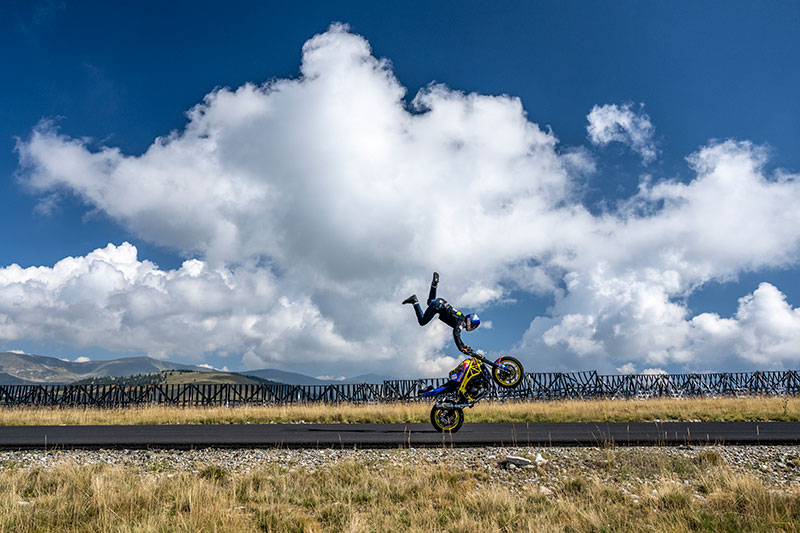 Arūnas Gibieža also practiced his stunts on Transalpina. Before arriving in Romania, Aras, double European stunt riding champion, set, with 580 meters, a new world record for the longest wheelie on a motorcycle without touching the handlebars with his hands.