2 days, 275,000 visitors, 200 aircraft from 20 nations and perfect flying weather. AIRPOWER22 was the perfect stage for spectacular displays and the world premiere of the Red Bull Aerobatic Triple. 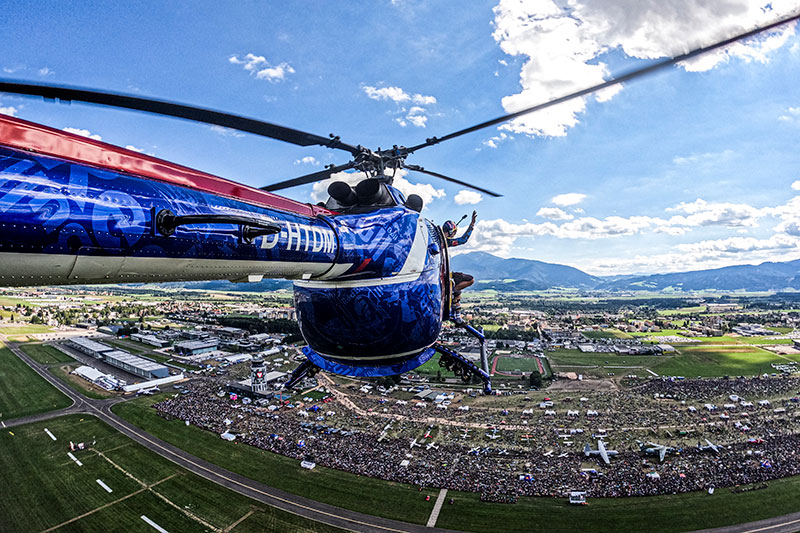 After a three-year break, 275,000 air show enthusiasts transformed the Hinterstoisser air base in Zeltweg into the venue for Europe’s largest air show. After the official opening by Defense Minister Klaudia Tanner, visitors saw top-class flight performances for two days at AIRPOWER22 under the motto “Above the clouds!”. On Saturday, Federal President Alexander Van der Bellen, as Commander-in-Chief of the Austrian Armed Forces, was also a guest and admired the impressive formation flights and displays of the prestigious squadrons. 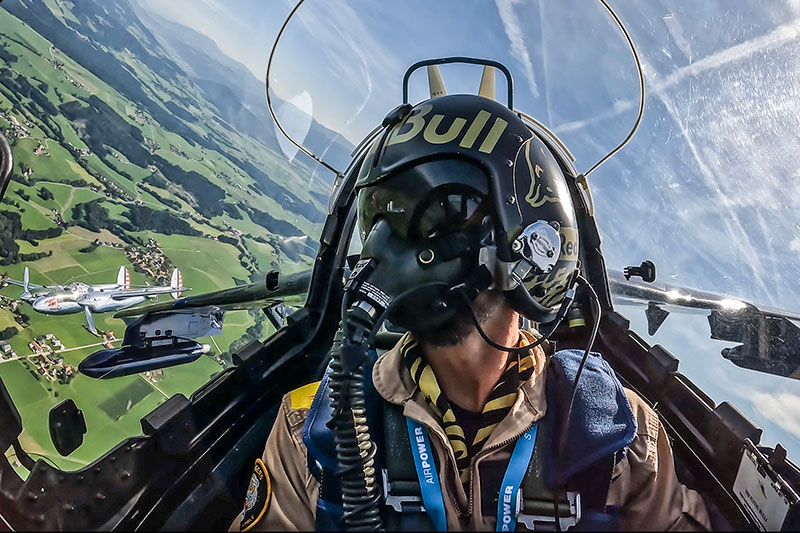 We are certain: AIRPOWER22, organized by the Austrian Armed Forces, the State of Styria and Red Bull, will not only be remembered by the Federal President for a long time, but also by all 275,000 visitors. Above all, the world premiere of the “Red Bull Aerobatic Triple”, the world premiere of “Vibes in the sky” and the impressive fleet of the Flying Bulls with a total of 29 aircraft, including impressive rarities in aviation history ranging from modern Alpha Jets to the historic Boeing Stearman, ensured goosebump moments. 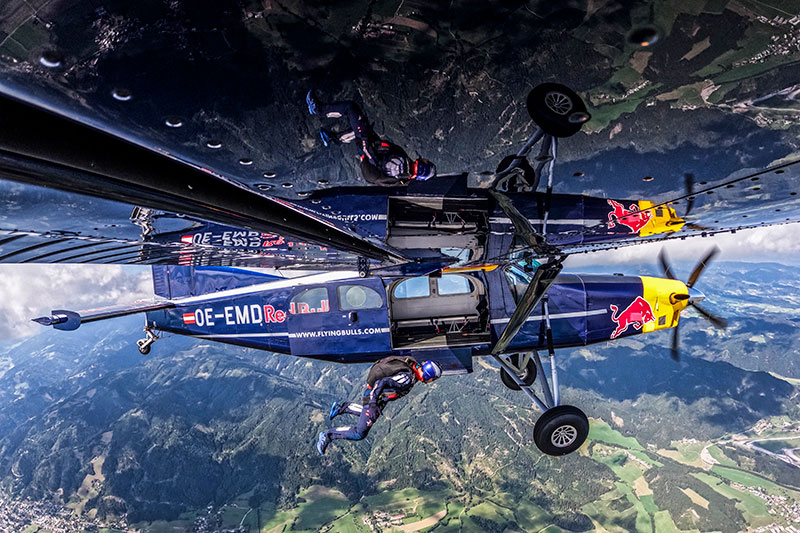 Tens of thousands of air show fans from all over Europe flocked to the Hinterstoisser air base. They transformed the area around Austria’s largest airport into what is probably the largest open-air cinema in the world for the whole family. Since the weather gods were also fans of the air show this year, the Murtal in Styria offered the acrobats a suitable stage for their formation flights and tricks with perfect conditions on both days. But also, active and former sports stars such as snowboard Olympic champion Benjamin Karl, Dakar champion Matthias Walkner, former ski jumper Thomas Morgenstern, ex-biathlete Dominik Landertinger, former karate world champion Alisa Buchinger and BMX legend Senad Grosic mingled with the enthusiastic spectators. 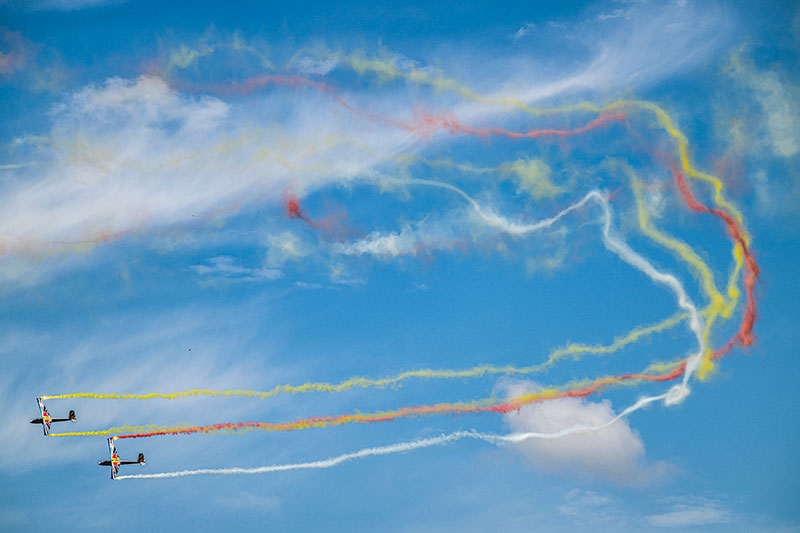 After the emotional opening show by the Austrian Armed Forces and the parachutists from HSV Red Bull Salzburg, who landed on the airfield with the Austrian flag, the world premiere of “Vibes in the sky” was on the program, with 13 helicopters taking part in especially well-known arranger Tristan Schulze and at the same time played parts of the score of the symphony ´Vibes in the sky´ with their engine and flight noises. 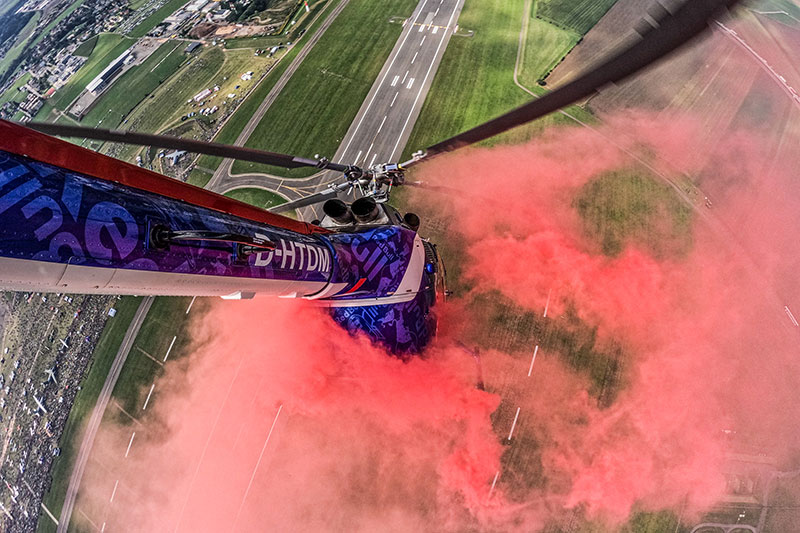 Right in the middle instead of just being there when it came to the absolute highlights of the art of flying, the Flying Bulls were with their fleet of some of the most beautiful and rarest aircraft in history. The “flying bulls” presented a total of 29 aircraft, including the North American B-25 “Mitchell” (built in 1945), the Lockhead P-38 Lightning (built in 1944) and the legendary Douglas DC-6 (built in 1958). It became known worldwide as Marshal Tito’s “Air Force One” from Yugoslavia and is considered the “crown jewel” of the illustrious Flying Bulls with its size and engine sound Fleet. “I saw a lot of smiling, happy and amazed faces during these two days,” summarized Hans Huemer, Aviation Project Coordinator of the Flying Bulls after AIRPOWER22. “The fascination that aviation experts on the many young and old visitors is enormous. “ 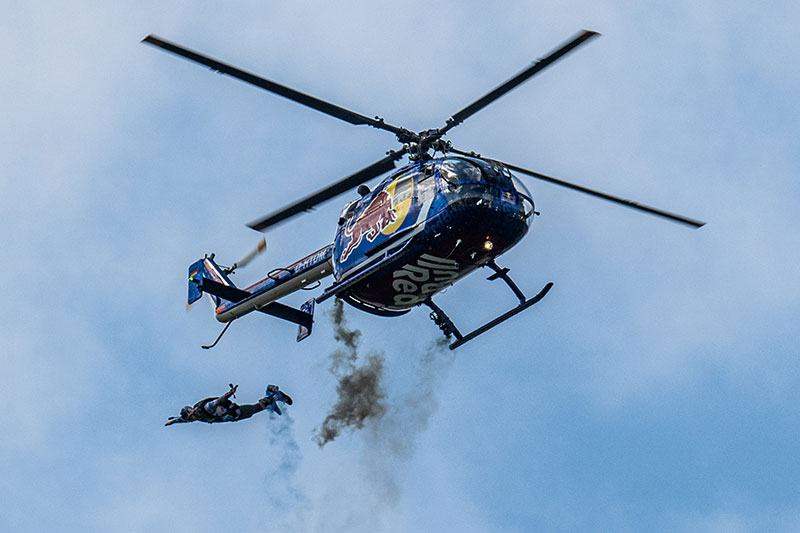 The most difficult question of the day was: Where should you start when you want to list the highlights of AIRPOWER22 ? Frecce Tricolori, Krila Oluje and Patrouille Suisse, the legendary squadrons from Italy, Croatia and Switzerland, were popular photo opportunities among air show enthusiasts. Above all, the ten jets of the “313º Gruppo Addestramento Acrobatico – Pattuglia Acrobatica Nazionale” from Italy showed a perfect air show and ended it traditionally to the sounds of “Nessun dorma” from Giacomo Puccini’s Turandot.

From a red-white-red point of view, the small and large formations of the Flying Bulls from Salzburg and the Eurofighter Typhoon of the Austrian Armed Forces were of course the stars of the air, which could not be overlooked and overheard. 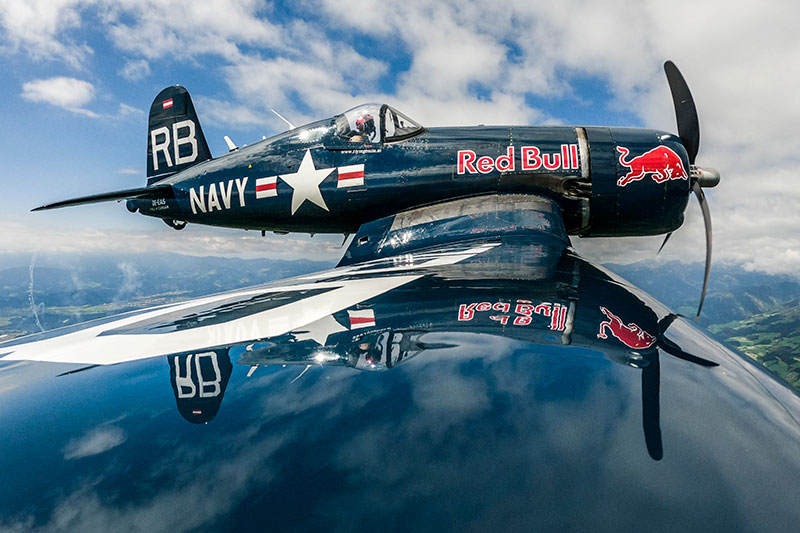 Red Bull Aerobatic Triple is in the books!

When you run out of superlatives, you know you’ve witnessed a world premiere. The Red Bull Aerobatic Triple was the icing on the cake at AIRPOWER22, so to speak: the icing on the cake of Europe’s largest air show. world premiere? Mission accomplished! Never before have airplanes, helicopters, wingsuit jumpers and parachutists flocked together for an airshow display. The masterminds behind the spectacular aerobatic operation, Flying Bulls helicopter pilot Mikro Flaim (BO-105 helicopter) and aerobatic pilot Dario Costa (Zivko Edge 540) were the protagonists of the world premiere, which drew everyone’s attention! “I already had goosebumps when I took off in the Flying Bulls’ Pilatus PC-6 when I saw the thousands of people from above,” emphasized Wingsuite pilot Marco Waltenspiel. “After that you’re in the ‘tunnel’ and concentrate on the display. After landing, it was an indescribable feeling… simply sensational! Together with the wingsuit jumpers from the Red Bull Skydive Team and the parachutists from HSV Red Bull Salzburg , the Flying Bulls provided the two helicopters BO-105 and Bell “Cobra” 209/AH-1F as well as the two aircraft Zivko Edge 540 and the historic Biplane PT-17 Stearman for a precisely choreographed interaction that has never existed before. 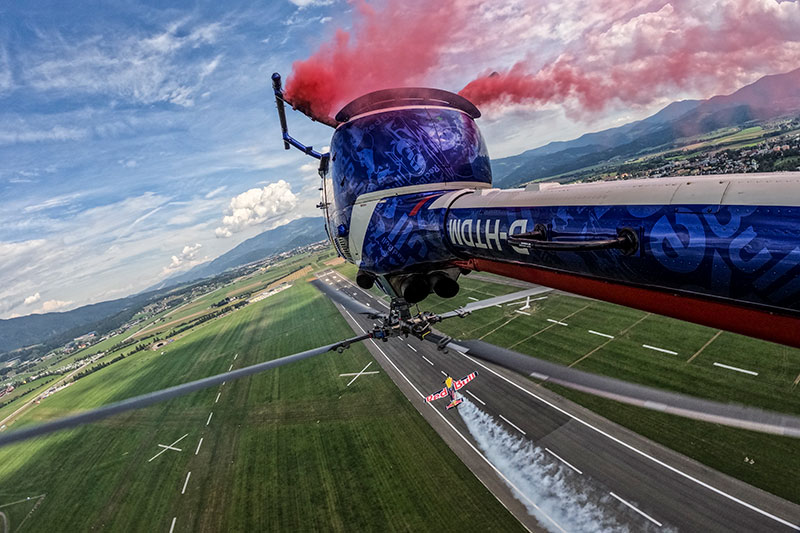 From the stratosphere to Styria: while one highlight followed the next in the air, the Red Bull Stratos Area on the ground made for astonished faces. 10 years after the mission “To the Edge of the Universe” still fascinates young and old today. On October 14, 2012, extreme athlete Felix Baumgartner jumped 38,969.4 meters out of a pressure capsule, reaching speeds of up to 1,357.6 km/h. At AIRPOWER22, visitors to the Red Bull Stratos Area were able to experience the jump for themselves using AR and VR. “Lots of young people thank me and think I’ve managed the ‘moon landing of their generation’ with the Red Bull Stratos,” said Felix Baumgartner, who of course didn’t miss AIRPOWER22.

And another tip for Stratos fans: On October 10, 2022, Felix Baumgartner will be a live guest at Sport und Talk from Hangar-7 and then the brand new Stratos documentary will be shown on ServusTV . 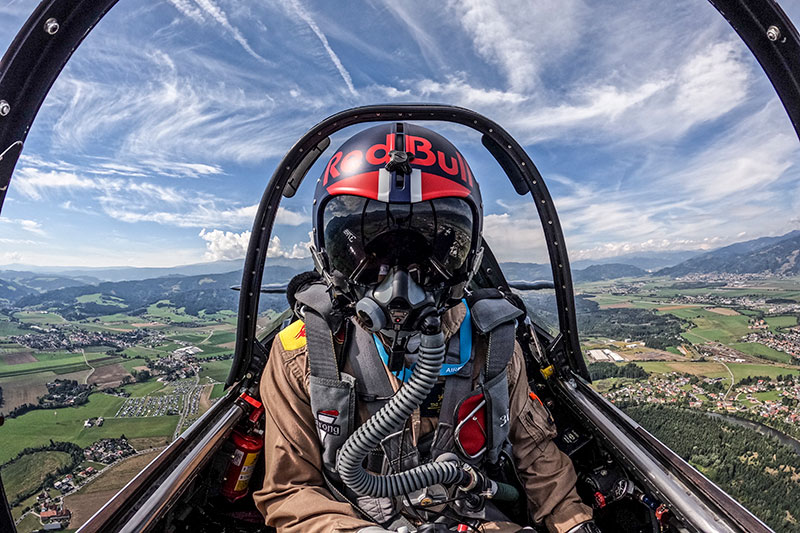 Speaking of listening: The local heroes from Styria proved that an air show doesn’t always have to be loud and fast to inspire the audience. The Red Bull Blanix team competed in their demanding aerobatic program with two LET L 13 Blanik gliders, which were brought to their starting altitude by means of a sensational double tow using a Flying Bulls Extra 300 L.